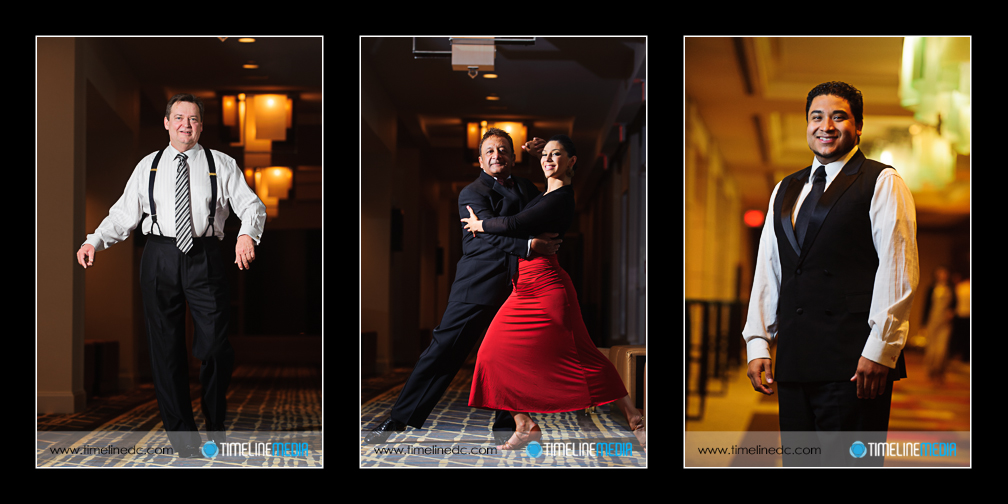 When photographing ballroom dance events, the action on the dance floor is the focus. Especially at a Showcase event where there are choreographed routines that are performed by solo couples, the action photos take priority over all the other photos of the day. Other photos that I make during the day include the decorations, the table centerpieces, and posed portraits. Some dancers like to have their photos taken while not under the pressure of being in front of the audience and judges during their routines. I can understand! You can face the camera exactly how you want to be angled, and you can hold lines perfectly for the camera which is difficult to do while dancing.

This brings me to the point of the post today regarding memory cards. I took some photos off the floor of some couples at the event. In the hustle and bustle of the day, I did not download the card with these photo right away, and kept them in my Nikon D4. I then went back to photographing action with my other camera, a Nikon D700. When I started to run out of space on the card in the D700, I reached for the card in the D4 to continue shooting. One of the limitations of the older D700 is that this camera cannot display files created by the D4. It is also a good practice to format cards prior to using a new card to ensure that files are not corrupted when re-writing to a memory card. Well this is where my problem started. When I checked the D4 card in the D700, it said that there were no images on the card. So I reformatted the memory card before starting to use it in the D700. GONE! Of course, I did not discover this until yesterday as I was editing the photos from the event.

Is this still a common practice by photographers? Am I being too cautious by always reformatting cards prior to using them in a camera? If I had not done this to the card prior to shooting, I would likely still have the images. I am trying to see if any data recovery software could possibly get any of the images back, but I am not hopeful. Please let me know your thoughts on the subject! 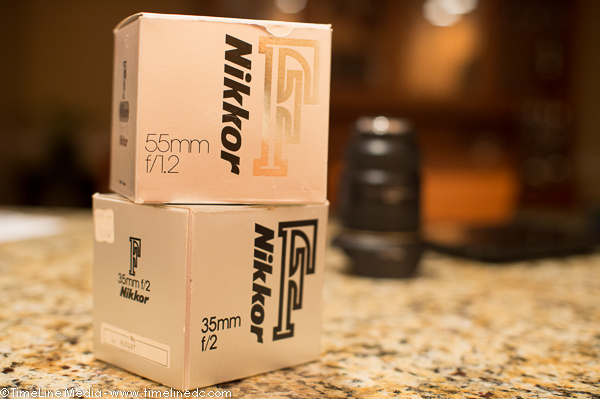 I am gearing up to photograph another ballroom dance event tomorrow. In looking at my gadgets and workspace, I see a lot of influence from my father. I shoot Nikon cameras. My first SLR photos were taken with his Nikon F2 and Nikkor lenses. I recently found two silver (strange since they are usually gold-colored) boxes with some fast glass. Amazingly, they work with the newest digital cameras from Nikon, so I use them for personal shoots – just for fun.

For video these manual focus lenses have especially solid focusing rings for using with moving images. Today, I was looking around my old photos, and saw a snap shot I took of my dad’s work space some time ago. He was an architect that worked at home much of the time I was growing up. He looked after me while doing his projects for clients. There are some stark differences with my work area now – no computer, printer, actually no major technological electronic appliance to be seen in the photo! He has many source books of construction codes and supplies. Additionally he has an old hard hat he used when visiting construction sites.

Of course, he has the tools of the trade he used to design buildings out of blank sheets of paper. Pencils, pens, rulers, green templates for shapes – from these he designed the house that I lived in since high school before leaving for college.   I definitely did not appreciate what these designers like him do, I just admired the way that he could see perspectives, and put them on paper. He could have an idea in his head, and put them to paper. As an exercise he would quiz me on differentiating between models of planes as they came in for landings. He would point out differences between 737’s, MD-80’s, or Fokker-100’s.

If not at the airport, he would examine shoes at a store and tell me why he thought one design was better than the next (he was Filipino after all). And if he was dancing, he would show me and my mom why the Cha Cha was the best dance – the best songs on an album had a Cha Cha beat, and there are lots of opportunities for moves to do on the floor. Geez, I am my father’s son. 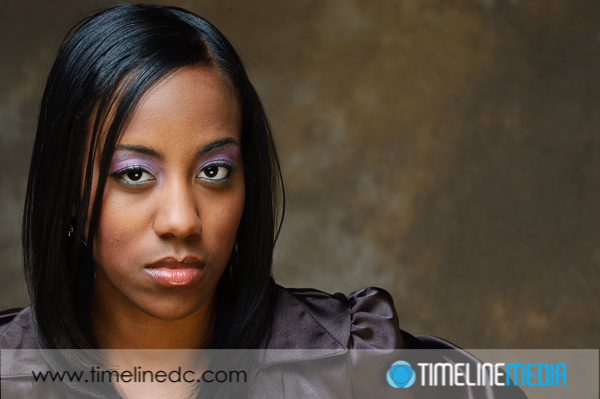 It is nice to see so many people that use my photos as their on social networks! There are many dancers that we see at competitions that use their action photos as their profile photos. It is funny when I get friend requests or LinkedIn connection requests and associated with the person is one of my photos.

Now that I am more comfortable with setting up and photographing the action on the floor, I have had more opportunity to do portraits off the dance floor. With the additional time that I must prepare and frame the photos, I have made more formal portraits. This has translated especially well for people wanting to update their head shots. For actors, dancers, as well as other professionals, it is important to have a current portrait taken within the last 2 years. For promotional materials, business cards, corporate directories, and social networks, the profile photo goes a long way to illustrate what you do.

These photos are used on websites serving as introductions to potentials clients. They convey some of the personalities of those represented even though they are a still image. These can be done in the studio, at your location, or also in outdoor settings. If you have a need to update your headshots, please let me know! They are easy to setup in almost any location, and I am very flexible. At most it can take up to 2 hours to complete. If you need more examples or want more information, please leave me an email [ rassi @ timelinedc.com ] or give me call (703) 864 – 8208. Have a great weekend!